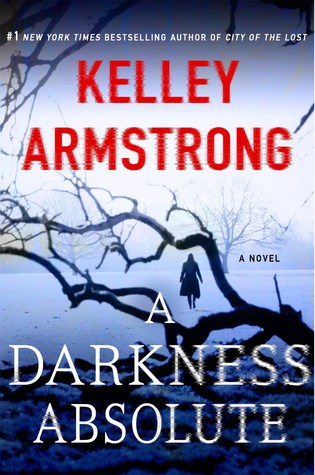 I was given a copy of this book by the publisher for an honest review.

In the second book of Kelley Armstrong’s new Casey Duncan series, Casey and deputy sheriff Will Anders are on the search for a runaway Rockton resident who may be a danger to themselves. But once a snowstorm hits, Casey and Will stop looking for the lost resident and seek shelter in a cave, where they find a young woman, and former Rockton resident, who was presumed dead. Casey’s on the case to find out who hid and abused this woman for over a year, before any other Rockton women are taken.

While I adored City of the Lost, I enjoyed A Darkness Absolute so much more. It’s similar to how I feel about Robert Galbraith/J.K. Rowling’s Cormoran Strike series, I liked The Cuckoo’s Calling, but The Silkworm was so much better and darker. For some reason, when mystery/thrillers get darker and edgier, I get much more interested in them.

Trying to guess who the criminal in this book was a lot more difficult than the last one. As said in my previous review, even though I didn’t guess who the killer was in City of the Lost, I had ideas of who it could be. In A Darkness Absolute, I was as lost as Casey trying to solve the case. Every person I thought of didn’t make sense, and I was anxious to continue reading to figure out who did it. The novel is a lot more heart-pounding, action-packed, and frightening than the first. I promise, the last few lines will give you chills.

As well as thrilling, I enjoyed seeing where Dalton and Casey’s relationship is going. I like that neither of them have changed even though they’re in a relationship together. The book takes place four months after the first, and while I like that the two of them are comfortable and happy together, I have a bad feeling things are moving to fast and they might break up in the next book (fingers crossed they don’t!).

One thing that did annoy me after a while was Armstrong’s overuse of the word “lover”, which also happened in the first book. I understand that Casey isn’t the type of woman to call Dalton her boyfriend, I also understand she hasn’t been in a long-term relationship in a while, but lover just sounds too outdated. I don’t have any suggestions for any other words, so I guess lover will have to stay.

We also meet one new character to Rockton, the butcher Mathias. Mathias is an interesting character, I can’t say too much about his past or himself without giving too much away, but I can’t wait to see more of him in the series as well as the new residents of Rockton we haven’t met.

A Darkness Absolute is an amazing addition to the Casey Duncan series, and I’m so excited to read about what other mysteries Casey has to solve in the small town of Rockton. 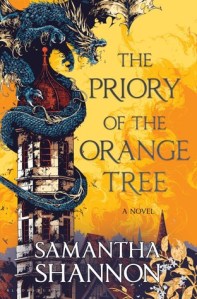